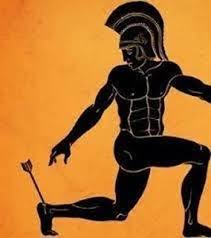 Just as the legendary Achilles was killed because of a very small weakness of a vulnerable heel, an organisation can be seriously damaged by even a small control deficiency in an otherwise robust and well designed system. The reason is that perpetrators of fraud are intelligent and awareness of such a control deficiency can facilitate their foul motives.

The following is one such instance where a small weakness cost an organisation considerably. There was a firm dealing in house old items such as toys, utensils, glassware, cutlery, and related items which had a very large network of dealers all over the country. Being a very large trading firm, cash flow was critical; therefore all dealers with whom the company did business were motivated to clear their dues as early as possible.

The company had various incentive schemes for dealers, such as quick clearance bonus on invoices paid quickly in a specified period, usually a year. Since the average dealer sale was about Rs 10 lakh per year, average bonus paid by the company, at 5 per cent, was Rs 50,000 per dealer. Totally, the company paid a tidy sum of over Rs 25 lakh by way of such incentives or bonuses to dealers annually. However this was considered financially prudent because quick cash flow was of critical importance.

The firm had a very well-designed system of invoicing, dispatching, and collection from debtors. It had full documentation on the procedures for invoicing with built-in efficient and effective controls on rates and discounts. Dispatching and dealer invoicing procedures were also satisfactory as reported by auditors. Most important of all, there was a strong collection procedure in place. The firm had employed a large field force well trained in the collection procedure. Even the monthly computerised report of overdue debtors generally gave a clean bill of health to the company. Barring a minuscule percentage of sticky accounts, all debtors were paying satisfactorily.

However, though business was good, sales were up 20 per cent, margins in individual items were better. and debtors turnover and collection was prompt and satisfactory, the firm was experiencing a severe cash crunch. The bank overdraft utilisation was almost stretched to the maximum. Considering that debtors were paying promptly, and that there were generally no overdue receivables, and the fact that the firm had incurred no extraordinary expenses, it was strange that it was hard-up for money.

The internal auditors were requested to examine the situation and report. The first thing they found was that the dealers were not only paying in time, but paying well before their due dates. As a result, the company had paid a large amount of dealer bonuses. Logically, there was no reason why the firm should be using a bank overdraft facility or, even if so, it should not be cash-starved. The invoicing controls and dispatching procedures were re-examined to ascertain whether any leakage was possible. But the controls there were operating satisfactorily. The collection procedure seemed flawless, with cheques coming regularly and well in time. Then what was affecting the cash flow?

The auditors found the answer in the monthly report of overdue receivables. The reliability and correctness of the report had been taken for granted. The software, purchased off the shelf from a vendor, had a small, but vital feature which was missed out during its implementation. In computing the monthly overdue for a dealer, the software recognised the date of the cheque, and not the date of the actual receipt of the cheque by the firm. Therefore, if dealer X handed over a cheque on, say, 31 May, but dated 1 May, the credit to the dealer would be given as of May 1 by the software. ,

In contrast, the company would get the actual funds in the bank only after 31 May, when the cheque could be physically deposited. Thus the dealer enjoyed credit until 31 May, for a whole month, but his debt would not be classified as overdue. Moreover he would also be entitled to 5 per cent quick clearance bonus! The senior sales manager, who knew about the software feature, used it to favour several dealers. The company lost on two counts: late recoveries from dealers who enjoyed excess credit (while it paid heavy overdraft interest to the bank), and bonuses paid though not payable.

Thus, though a procedure or report may appear insignificant, it should not be dismissed as such without testing and examining it. There should be a regular overview of controls to ensure that all key controls are identified and that they are operating satisfactorily. The review should ideally be done independently both in-house as well as by outhouse consultants to ensure that users do not conceal weaknesses which may be beneficial to them.