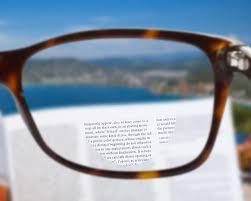 In the problem solving process, sometimes even a superhuman effort may not yield a meaningful result, while a very small clue can provide the solution and the key to the problem. Therefore a bifocal or a micro-macro vision which views data broadly as well as minutely is the best tool in problem-solving process. The following is one such example.

The fraud examiner had applied almost every conceivable investigation test within reason such as examination of documents, studying trends, books of account, records, etc. However, he did not find any major discrepancy in the profit of Rs. 10 lakh disclosed in its accounts by a middle-sized partnership firm in the business of advertising film production. There were two partners -‘A’, who was a celebrity actress in-charge of marketing and business development, and ‘B’, who was in-charge of finance, administration and book-keeping. The circumstances under which the investigator was appointed were as follows: a few month earlier ‘A’ found that the firm was not generating profits inspite of several good films which were approved by clients and for which fairly large sums of money were received by the firm. ‘A’ was explained that there were huge overrun in budgets which had overshot the fees received in quite a few cases and therefore diluted the overall profits. ‘A’ was shocked, because she had been carrying an impression that the firm had done very well; as far as she knew there were a large number of satisfied customers, several profitable jobs on hand and tremendous goodwill. She asked partner ‘B’ to provide her with the accounts for the last three years. She was told that accounts were yet to be written up because the accountant was busy. She was further told that being more of a marketing professional, she wouldn’t understand accounts and that the figure of Rs. 10 lakh as revealed earlier though a rough estimate, was about 90 per cent accurate. She was now convinced that she was being deceived and she approached a legal consultant who introduced her to a fraud examiner. On hearing her out the fraud examiner recommended investigation because she was also vulnerable as a partner to penalties for non-compliance with provisions under the income tax, service tax, sales tax, and other laws, and it was essential to determine what the true profit was. The matter was discussed with ‘B’, who reluctantly agreed to allow ‘A’ to do so, for the past three years, after the accounts were written up by his accountant.

It took ‘B’ about two months to furnish the accounts. It was at this stage that the fraud examiner conducted a detailed review and found nothing seriously wrong in computation of the profit of Rs.10 lakh. For the last time he decided to review the expense ledger. This time his eye caught something which did not make sense. It was 22 August 1997, a date which was imprinted in his mind, on which day the city was completely paralysed under heavy rains for 30 hours. The records showed a film shooting expense at one of the central locations in the city of Rs. 25 lakh incurred on that day. It was inconceivable that the models, cameramen, and all 50 supporting staff had reached that site and completed some shooting assignments. Now convinced that the expense was a dubious one, he examined all the expenses on that day. He found a canteen bill attached for $80,000. The same canteen owner’s bills were attached to shooting expenses on other days with continuous successive serial numbers on different dates even after several weeks, even months, in the three-year period. Did it mean that the canteen had no other client apart from the firm? Unlikely, and on making inquiries with the canteen owner, the cat was out of the bag. The bills were fictitious. Taking the cue from the above date incongruity, the fraud examiner applied a test that he had not applied before: examination of expenses incurred, cheques prepared, and data entered on holidays and Sundays. The results were amazing. It was incredible that 30 per cent of the expenses of the firm were purported to have been incurred on Sundays or holidays. Though some of the expenses were genuine, a total of Rs. 50 lakh was found to be fictitious. ‘B’ admitted to exaggerating the expenditure and agreed to make restitution.

Just one date which the fraud examiner spotted revealed the falsity of the accounts prepared, while the entire documentary examination could not. Therefore, fraud detection or for that matter, any problem-solving process requires addressing every detail, every clue, however insignificant it may be, to provide the solution.