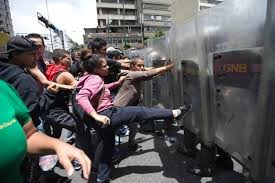 Human nature is frail and easily susceptible to temptation. Therefore, corporate management must be vigilant especially in situations of disaster and crisis, because these offer ideal hunting grounds for perpetrators of fraud. It is very simple to take advantage of collapse in controls in such crisis situations.

The following is a case which amply describes this point. There was a supermarket with a very large turnover in cash sales of all kinds of items such as groceries, foodstuffs, sweets, chocolates, meat, and other related items. It was looted during an outbreak of riots, and reduced to shambles. Foodstuffs, sweets, etc, were looted and strewn all over. It remained shut for a few days after the riots, since the stocks and scraps could not be disposed of unless permitted by the insurance company. As per the standard approved procedure, the insurance company appointed surveyors to assess the claim for:

Since the value of the claim was large the surveyors requested an accountant, who was also a certified fraud examiner and loss assessor, to assist them in the claim assessment. All relevant evidence was collected. It included photographs and a video film of the site evidencing the actual damage: The cash and stock records produced, were found to be in a torn, damaged, or mutilated condition. The vandals had apparently ransacked the cashier’s inner accounts office also. Appropriate documentary examination was conducted in as much detail as was possible in respect of stock quantities and values using corroborative evidence such as vendors’ statements, data available from the sales tax consultant, statements submitted to the bank, and in-house statistical data, to the extent available. An attempt was made to ensure that both the cash on hand and the stocks were tested for ’goodness of fit’ in the trends seen for balances during the last few months. The cash balance was verified with the average daily balance for the previous year while the stock value was compared with the average stock value for the last three was. All figures fitted reasonably in the trend. The fraud examiner also interviewed some of the counter cashiers and the salesmen. What particularly intrigued him was the fact that, on the day this supermarket was opened after the riot, each cashier/salesman was asked to assess the damage in his individual department. Each employee was asked to report after taking note of the physical condition and quantitative inventory. It was on this basis that an estimate of the loss was made.

The findings did not seem to point out anything untoward or extraordinary. It seemed as if the claim was reasonable and acceptable under the circumstances. However, the fraud examiner was not satisfied. The circumstances of this claim reminded him of a case where an income tax assessee had deliberately taken advantage of a fire in his office to destroy certain records to avoid answering disconcerting tax queries. He saw a similar opportunity here for typical cash fraud. Secondly, it was unlikely that a rioter would leave Rs. 8.5 lakh in the cash box and continue to destroy each and every document in the office. The normal psychology of any ‘human being would be to take off with money rather than go on rampage where no material gain was likely. Therefore he continued making further inquiries. In addition to the earlier analysis of historical data he asked for assistance in gathering and preserving documents in whatever condition they appeared to be in and expressed a desire to examine each scrap of paper himself. Unmindful of protests from the claimant as well as the surveyors, he examined every scrap of paper in the cashier’s office. He found the result that he had been suspecting. He found some torn faxes of a date three days later than the date of the riots! Obviously, the vandals had not come back to finish the work done by them earlier. It had to be someone who had been the first to visit the cash department immediately after the date of the riots. When confronted with these faxes, the cashier broke down. He confessed that the cashier’s office was indeed not affected by the riot and he had seen an ideal opportunity to steal the money. He stole the money which he could fit into his briefcase. Since he could not fit all the cash, Rs. 8.5 lakh had been left back in the cash box. He then destroyed all papers around him in the cashier’s office to make it seem as if it had been looted. It was there that he left the vital clue, some faxes which had been received after the date of the riot were also torn in a hurry. Further investigation revealed that the cashier had earlier embezzled money as well.

Thus disaster and crisis can provide unbelievable opportunity for almost any kind of fraud, which can be very easily camouflaged.