Tests that reveal the true colours of perpetrators can be useful 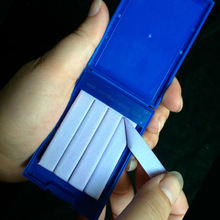 To test whether a solution is acidic or basic, a litmus paper is placed in it; it turns red it is acidic, if it turns blue it is basic. Just as the litmus paper identifies acidic and basic properties statutory payments such as basic properties, by appropriate tests, a suspect’s honesty or dishonesty can be identified in an investigation by observing his reactions and general behaviour. The legendary Birbal when asked by King Akbar to find out the mother tongue of a scholar who knew several languages fluently, applied a similar ‘litmus’ test. By covertly annoying him during his sleep, the angry utterances that came out revealed his mother tongue. His conclusion proved correct.

A cashier in a company branch handled large amounts of cash. There were a lot of complaints received about the cashier’s dishonesty and possibilities of embezzlement but he had never been caught. The risk assessor requested the management to allow him to test the cashier. The plan was revealed only to the MD and the internal auditor. Using the MD’s spare key to the cashier’s safe, cash notes worth Rs 35,000 were surreptitiously removed from the safe after office hours, taking care to see that the cash stacking arrangement was not disturbed much. Since the number of cash notes was large in a huge cash balance exceeding Rs 20 lakh, as expected, the cashier did not notice the shortage on opening the safe. The intention was to make him realise the short age in due course.

An honest cashier would be bewildered, extremely worried and tense. Either, he would reluctantly report it to the management or he might keep quiet and hope that the shortage would not be noticed. In any event he would not know how to cover up the shortage, because he wouldn’t have the knowledge or experience of dealing with such shortages in the past. However if the cashier did not report with the shortage within 10 days, the internal auditor was required to carry out a surprise cash count. If the cash count agreed with the books, then it meant that the cashier had cleverly covered up the shortage. That is exactly what happened. Before confronting the cashier, the risk assessor and the internal auditor examined in detail all expenses for the intervening 10-day period. All cash payment vouchers were satisfactorily supported by audit-worthy bills and expense statements.

The risk assessor then applied forensic tests on the signatures and handwriting on the documents. This is what he found, bills (for certain statutory payments, such as Octroi, stamp duties, which had to be paid in cash) had alterations in figures such as Rs 1100 altered to Rs 11000 or Rs 1470 to Rs 11470. Since such bills were on poor quality paper, in a regional language and most of the time in illegible handwriting, with smudges of carbon paper, adding a few more alterations hardly mattered. Correlating these with invoices and others corroborative documents was possible but not easy and generally attempted by auditors on sample basis only.

The cashier would make alterations, erasures and smudges even in invoices where he had not embezzled any cash. The altered bill (where he did inflate the amount to steal cash), would be inserted in a set of 15 to 20 such bills stapled together to one cash payment voucher and all of them would be made barely legible. Since such bills came from external statutory authorities, no one questioned their sanctity and would get through audit scrutiny very easily.

The payment procedure further facilitated this fraud, because a simpleton clerk or even a peon at times would be given a cash advance for making such payments using a temporary “IOU” slip instead of a routine cash payment voucher. As in most companies, on receipt of the bill, such IOUs are subsequently destroyed and never entered in the cash books. In the absence of the IOUs, there could never be a correlation between the advance taken and the expense actually incurred. Therefore on receiving the paid bill, the cashier could conveniently ‘doctor’ it and embezzle cash accordingly. A full-scale investigation was carried out and the cashier was confronted which the evidence. He confessed he had embezzled about Rs 15 lakh in the past one year.

However this test is subjective and has to be supplemented with plenty of corroborative and convincing evidence. For example, in an extreme casein honest cashier could even fill up the shortage with his own funds rather than expose his inefficiency. Therefore the administration of this test and evaluation must be done in consultation with experience fraud examiners only.

One thought on “The Birbal Litmus Test”